It’s bound to happen. Collective consciousness means when an idea hatches, it hatches in the minds of many. Orville and Wilbur were hardly the only ones inventing and testing flying machines; they are just the most famous. Thomas Edison wildly succeeded in wiping Nikola Tesla from our history books . . . for a while. And Harry Potter has been called Star Wars redux.

I recently saw the new Captain Marvel in the theater and couldn’t believe it when . . .

In the opening scenes, a woman falls out of the sky, her “other worldly” mentor appearing, both working for the government. Landing in the middle of the story, she has flashbacks to a woman and her child. Two countries (alien races) battle over a rare mineral, the protagonist undergoing a big identity reveal. Then, there’s this cat in the end with its own unusual identity, my story ending with “wolves.”

I will see the movie again to match up story line similarities, but it’s really hard to just call it just a coincidence when the sequence of the scenes follow so well. How could this happen? Yes, I did publish the screenplay and novel recently, but it takes movies a few years, at least a couple if fast-tracked, for a script to go through the studio machine. 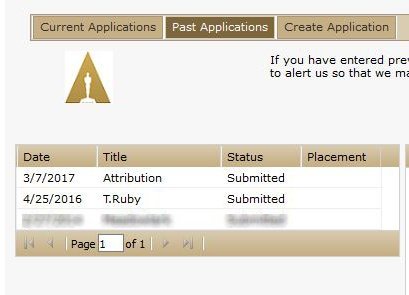 I originally submitted Attribution to the Nicholl Fellowship screenwriting contest under the working title T.Ruby in 2016, resubmitting the script in 2017 as Attribution. You submit the screenplay without your personal information on the pdf document. It’s then assigned a control number. It would be easy enough for a script to get circulated without “attribution.”

Of course, this is purely fun speculation. For me, it feels like vindication that I can and did write something worthy of “copying.”

If you’ve ready my book/screenplay and seen the movie, what do you think?

This site uses Akismet to reduce spam. Learn how your comment data is processed.

We are using cookies to give you the best experience on our website. You can find out more about which cookies we are using or switch them off in settings.

This website uses cookies so that we can provide you with the best user experience possible. Cookie information is stored in your browser and performs functions such as recognizing you when you return to our website and helping our team to understand which sections of the website you find most interesting and useful.

You can adjust all of your cookie settings by navigating the tabs on the left hand side. However, the most effective way to to disable cookies on this site and on others is within your browser.

Strictly Necessary Cookie should be enabled at all times so that we can save your preferences for cookie settings.

If you disable this cookie, we will not be able to save your preferences. This means that every time you visit this website you will need to enable or disable cookies again.

This website uses Google Analytics to collect anonymous information such as the number of visitors to the site, and the most popular pages.

This cookie is associated with sites using CloudFlare, used to speed up page load times. According to CloudFlare it is used to override any security restrictions based on the IP address the visitor is coming from. It does not contain any user identification information. Strictly Necessary (Security, Performance)